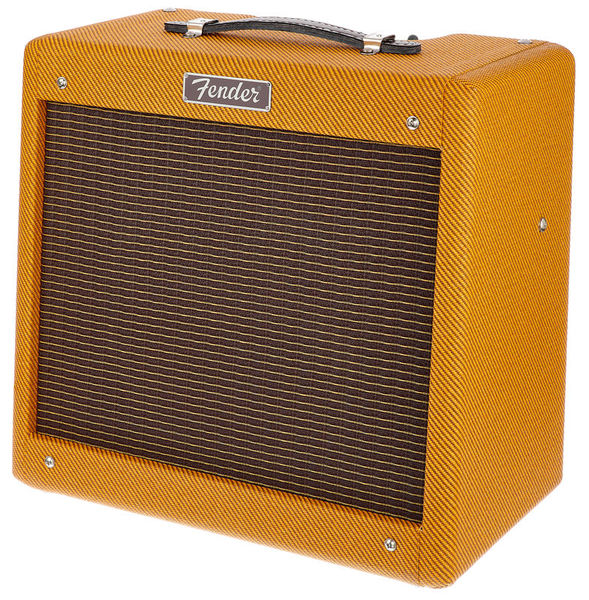 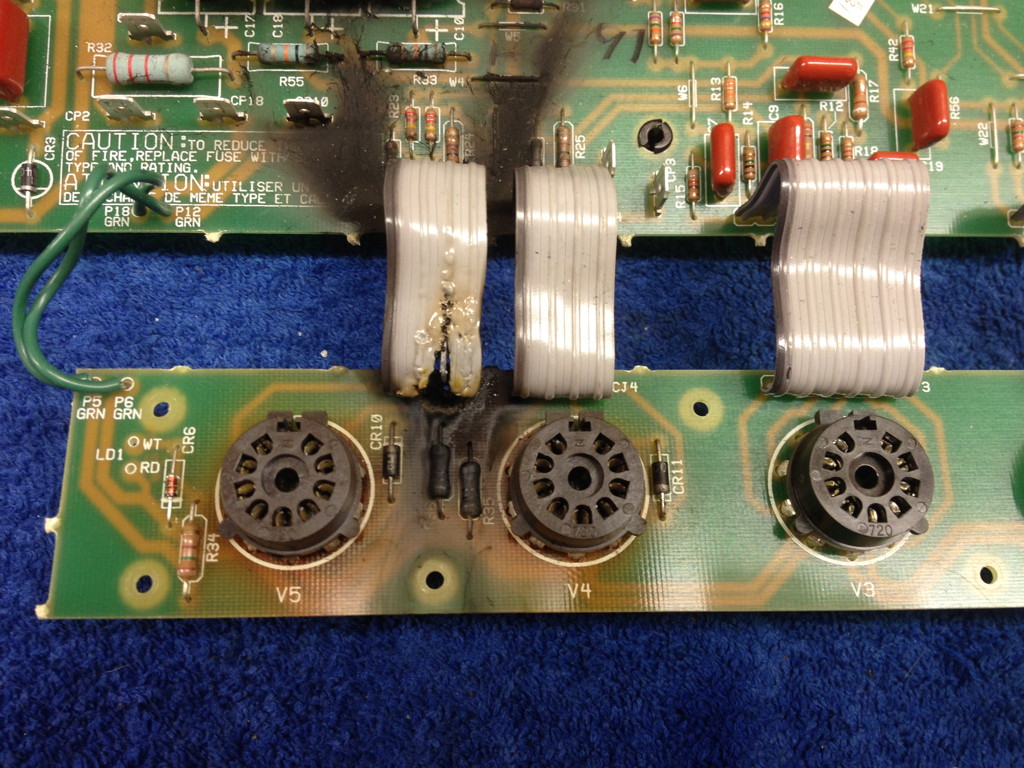 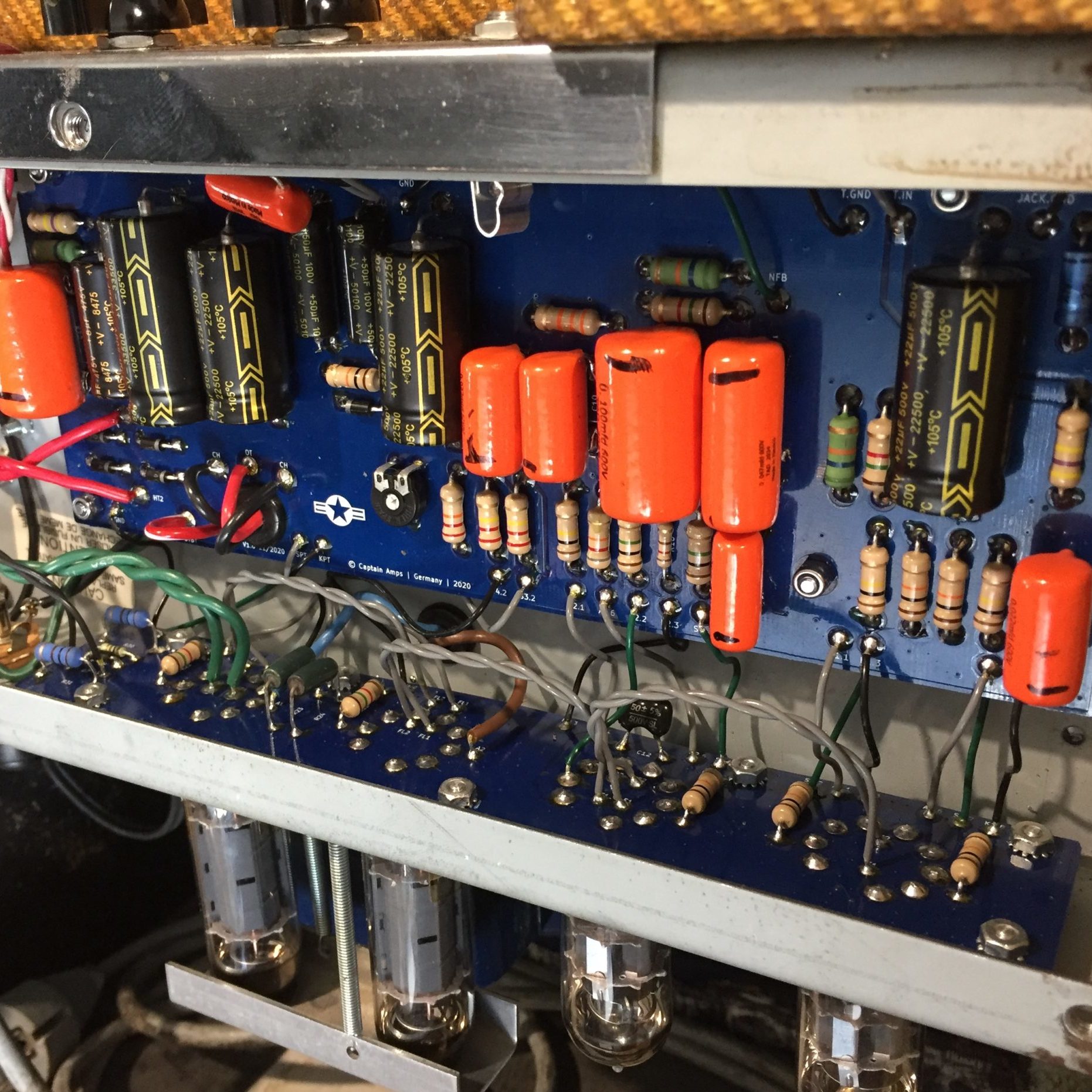 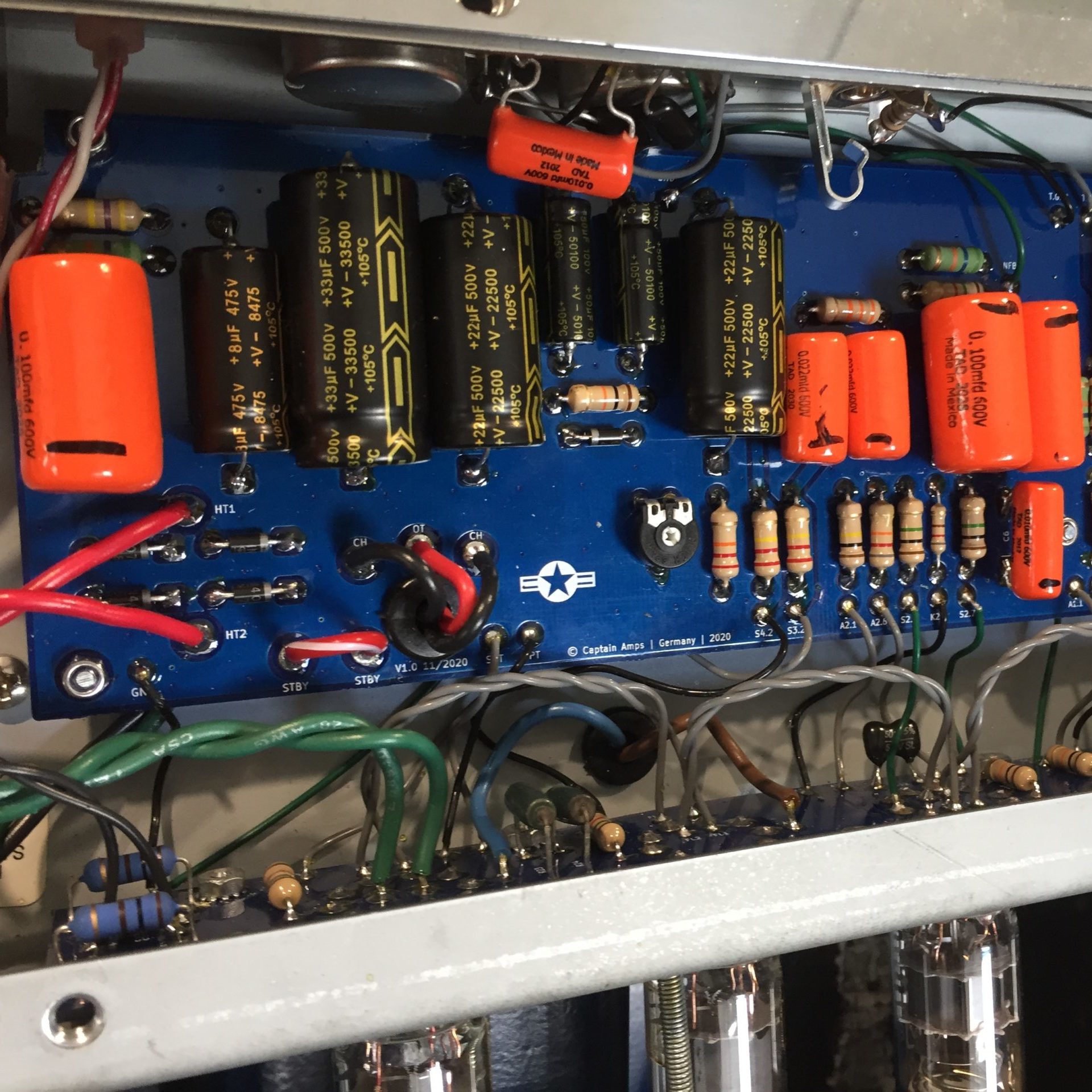 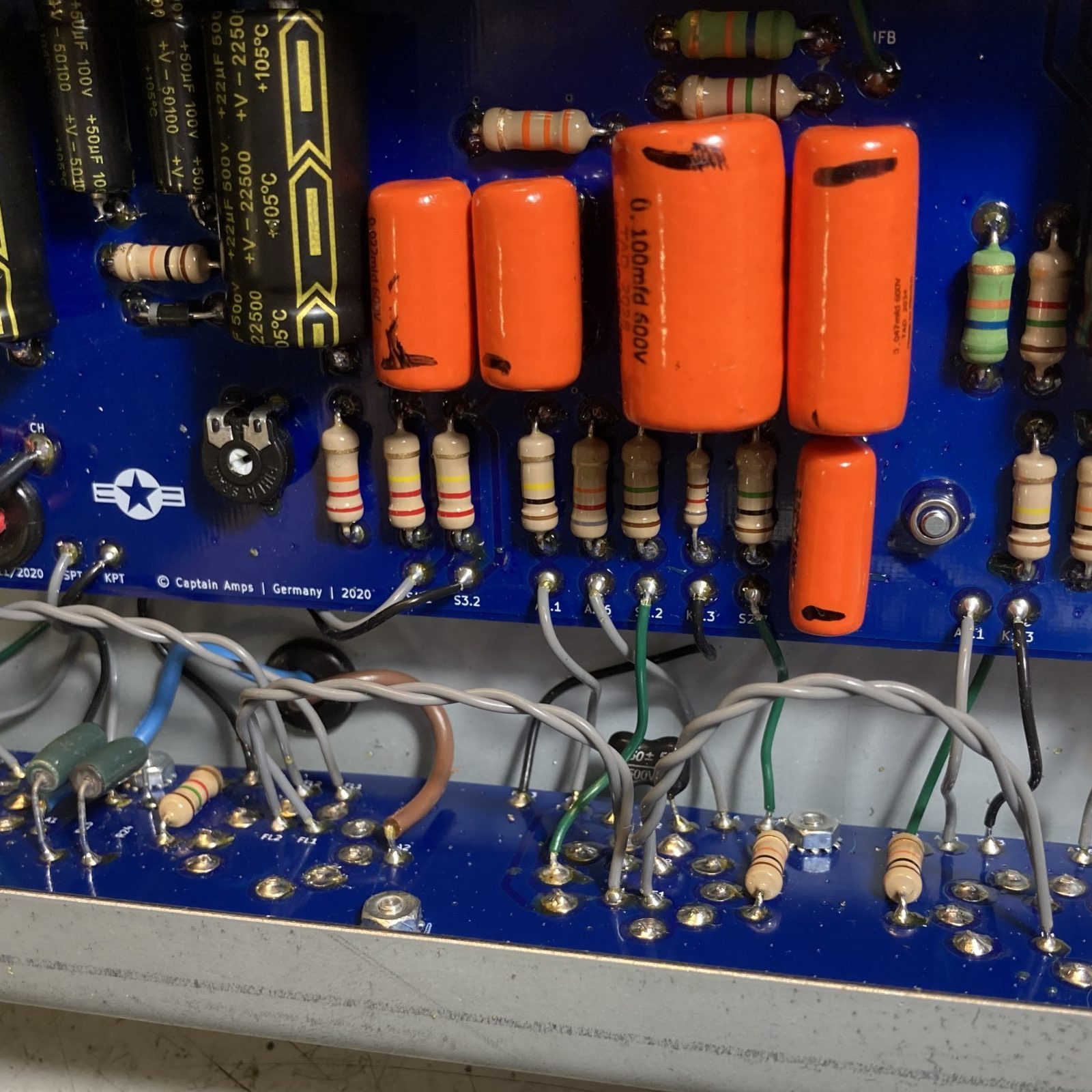 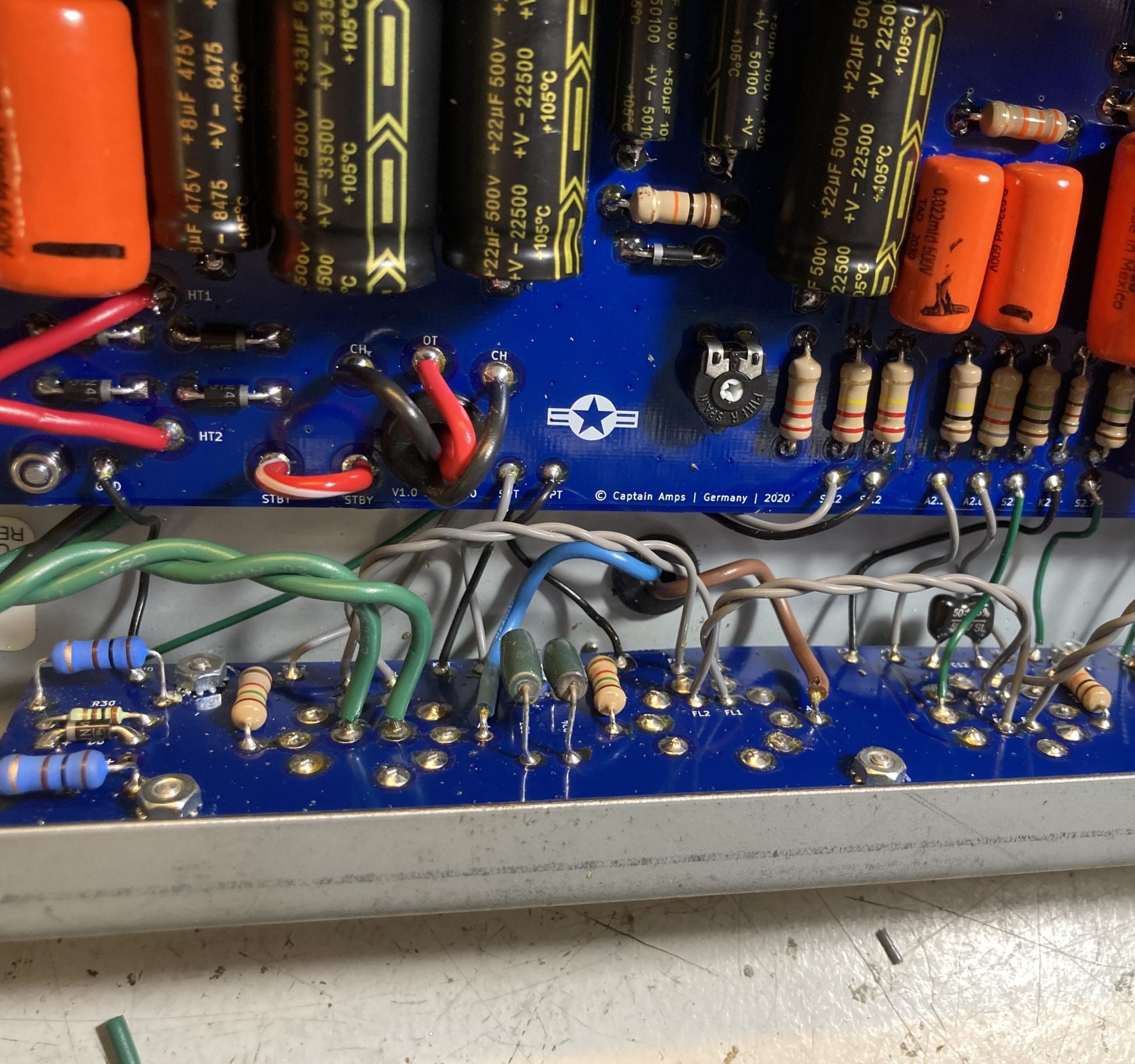 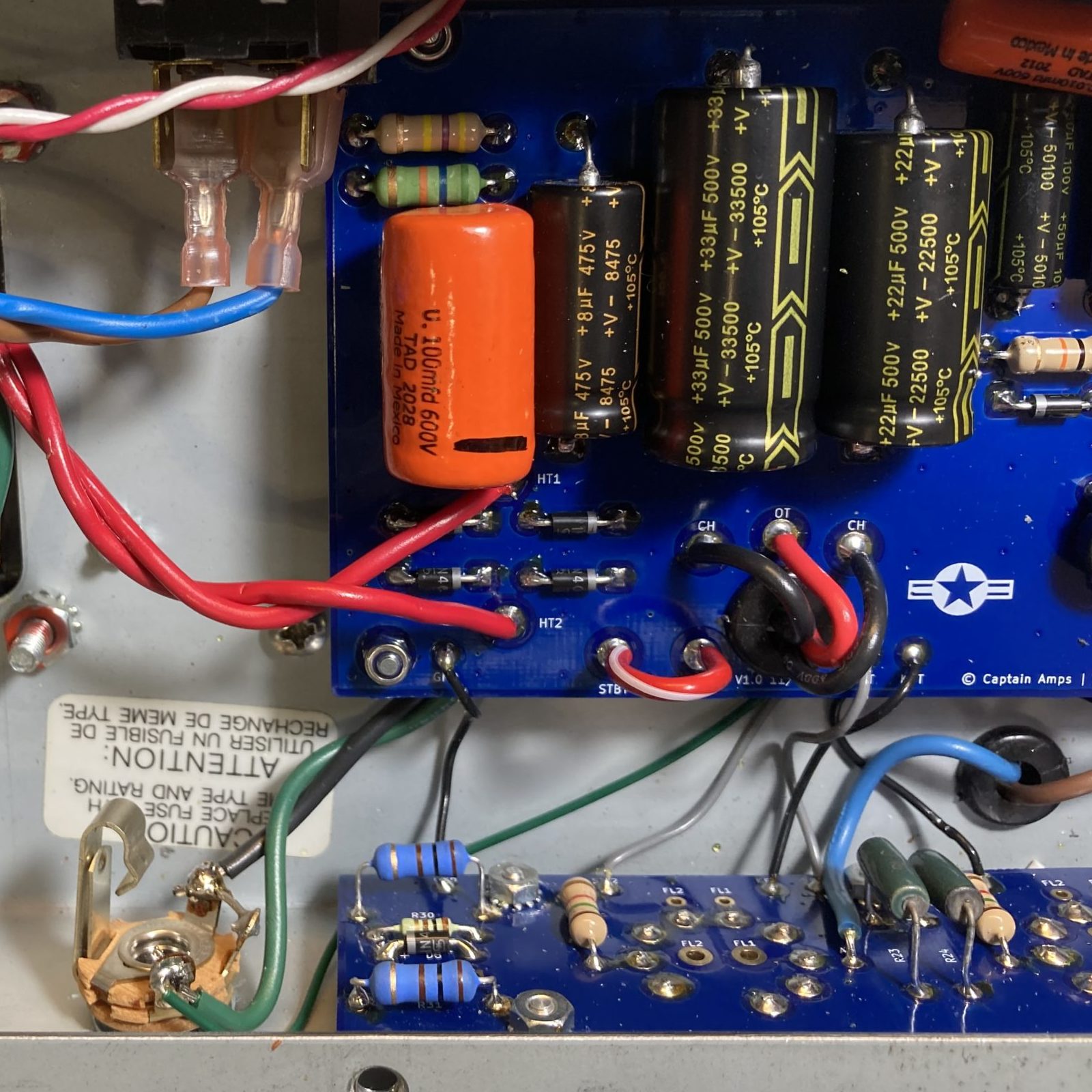 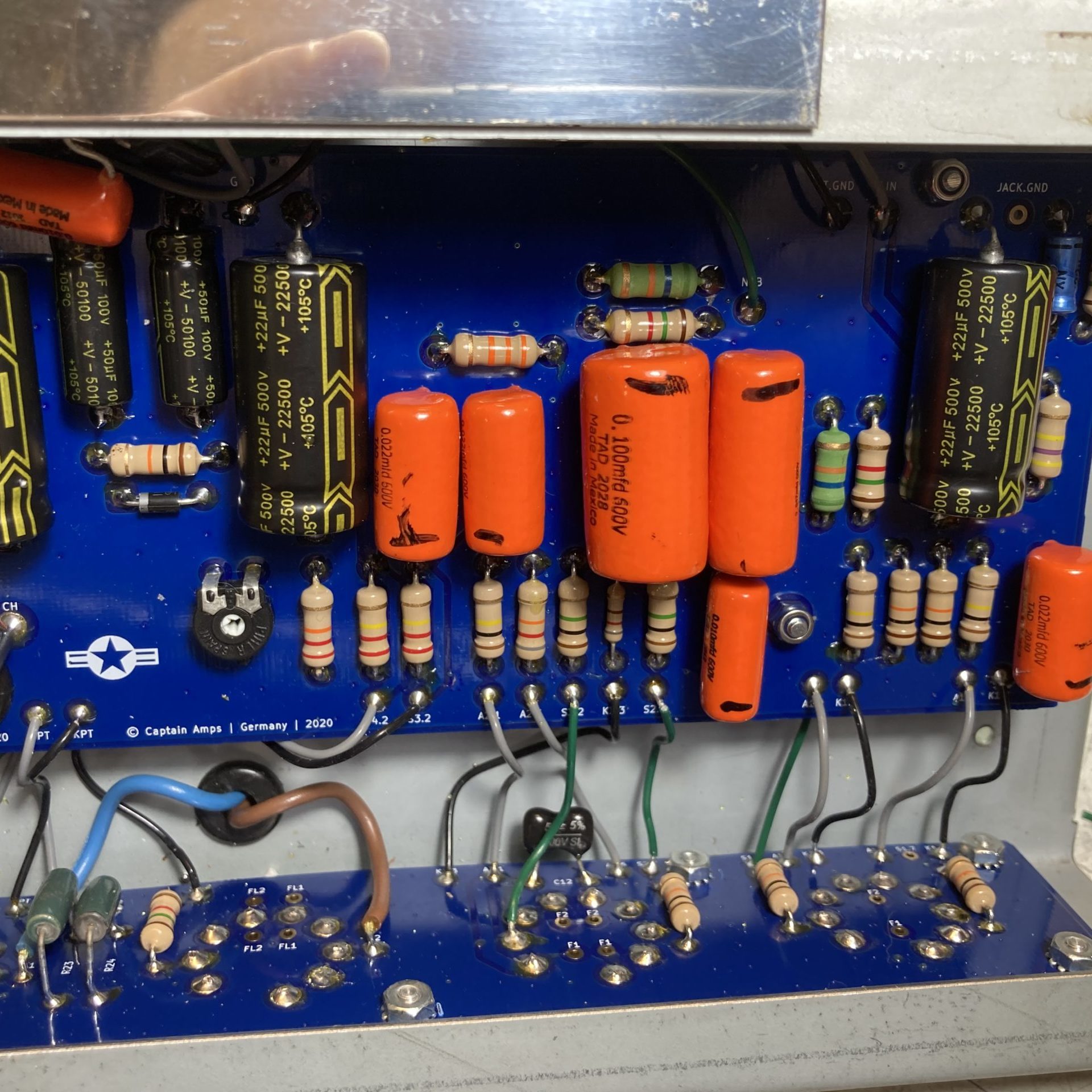 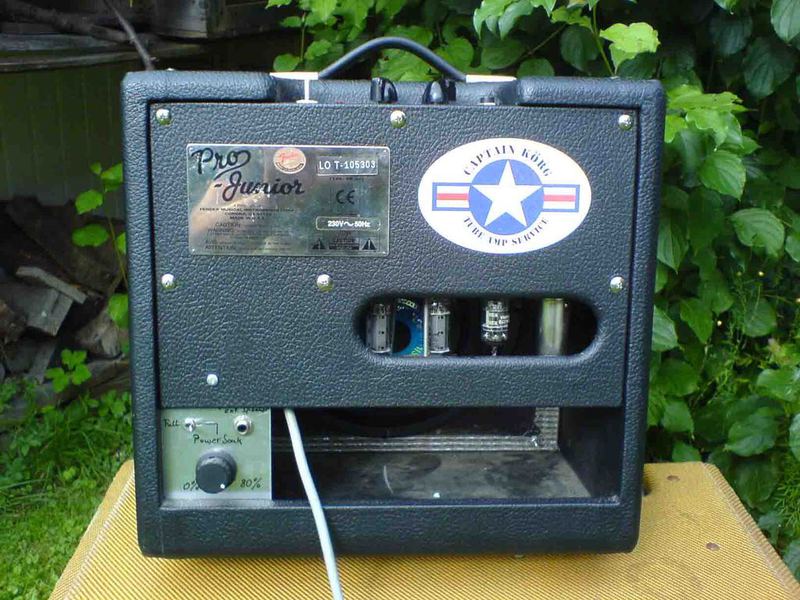 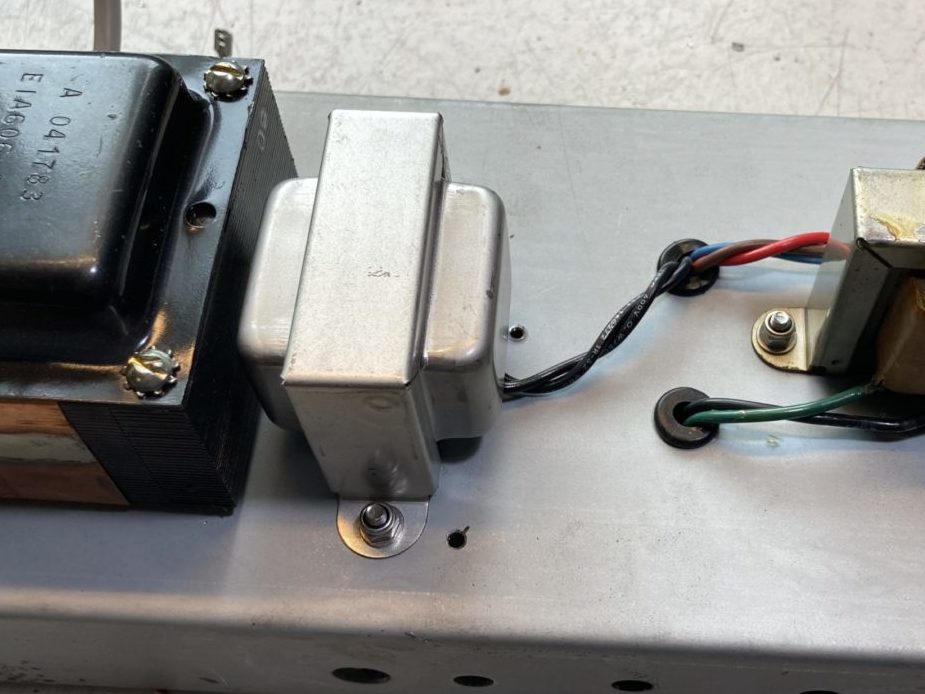 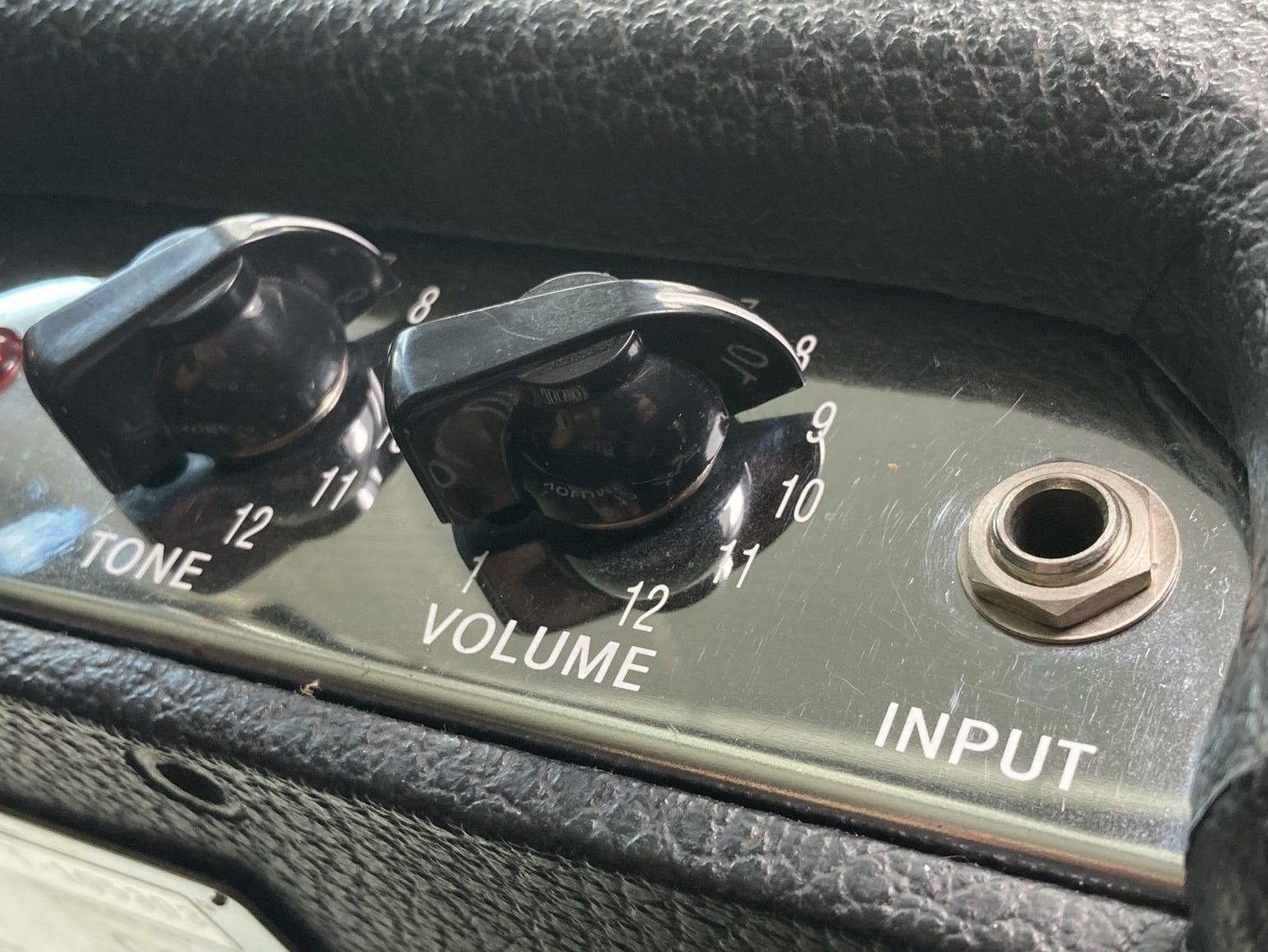 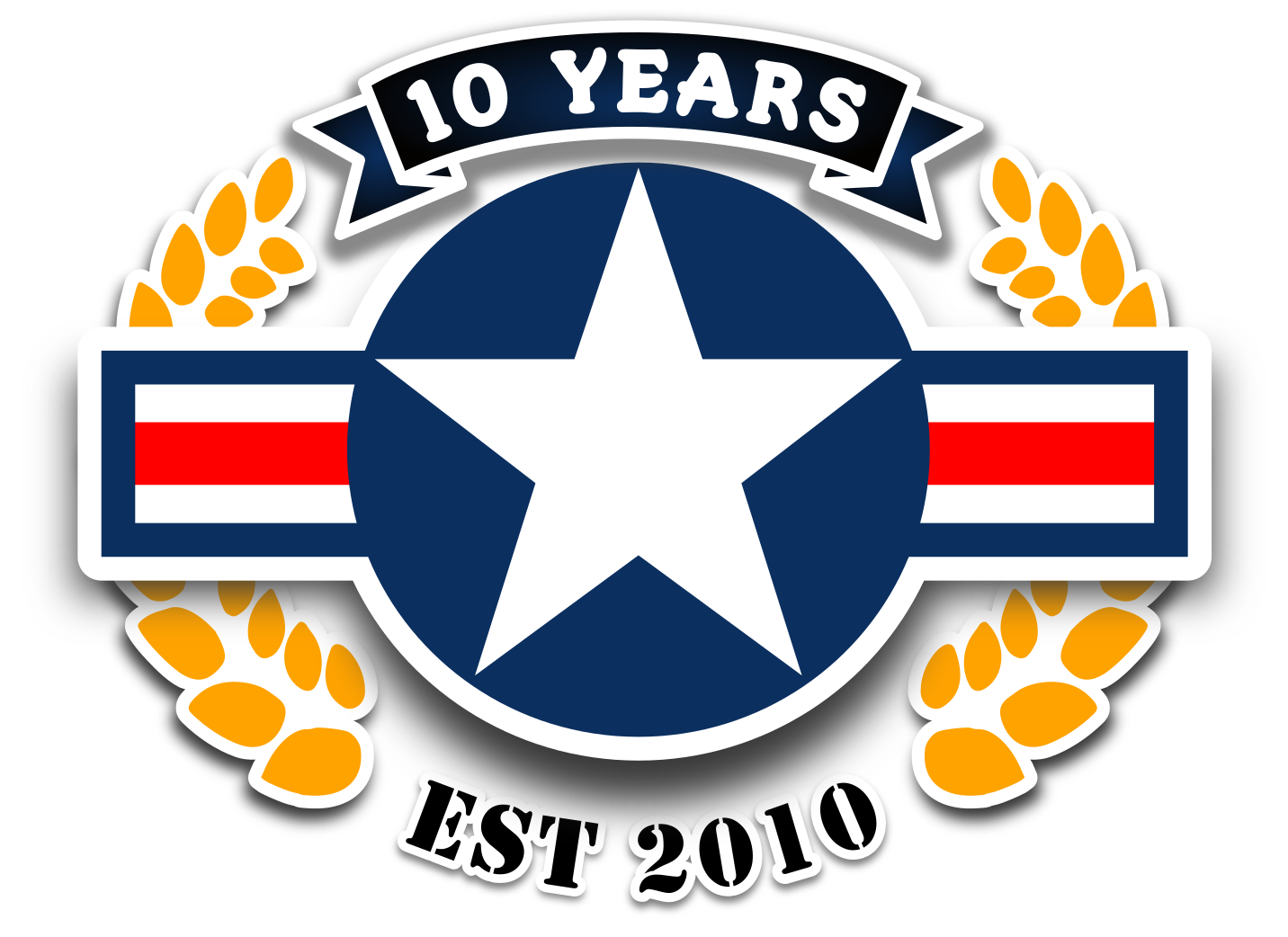 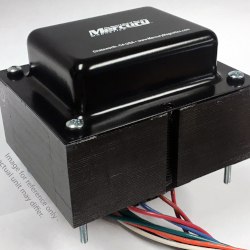 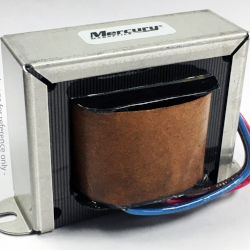 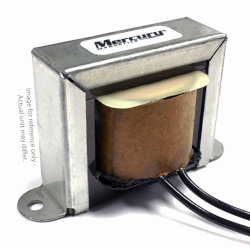 Dear Captain, I have had my Fender Pro Junior III with the full package of mods back for about a week. I have played it every day since then. What can I say? The way that the amp is now is surely the way that we all wish that they would come straight from the factory. Notes sound “three dimensional”, they practically “drip”. The Volume control actually works and the amp no longer goes into overdrive at 4! Thus it is now a much more subtle instrument than before. The Tone control works better too. Shortly after getting the amp back I wrote an email to the Captain Guitar Lounge techs that expressed my surprise and to be honest – joy – at how good the amp sounded. “I got the amp from the mail room and tried it out right away with both my Tele and my Strat. The amp sounds surprisingly good, the results go beyond my expectations. I was already pretty satisfied with the amp, that’s why it took several months for me to decide to do the mods in the first place, as you probably assumed from my previous correspondence. The hum/noise that the amp had before (which in the case of my amp might not have been quite as bad as it is for some Pro Junior owners) is now simply gone. Since the amp now sounds perfect at room volume, I was able to play for an hour with an open window in the middle of the complex where I live. The feel of the amp now is simply amazing now. I think that I will savor the amp minimalistically for a while before I try it out with the pedalboard.” Since I wrote this original response I’ve found about ten or twelve hours to play the amp. It’s so inspiring, it’s kind of like a drug. In the meantime I broke down and hooked up the pedalboard. Adding reverb and delay sounded amazing. The biggest revelation: my original 90s Kalamazoo Rat distortion pedal made beautiful distortion in tones that I had never heard before. Ever since I bought the Pro Junior used I wondered if I had made the right choice. I liked it, but I had some residual doubts about whether a Blues Junior would have been better for me. For twenty years I played through the Blues Deluxe that I bought in the 90s in Ann Arbor, Michigan. I bought the Pro Junior a couple of years ago after moving to Germany. Now, there’s no question in my mind – this modded Pro Junior is the perfect amp for me! The standby position that has been installed on the power switch is awesome. Such a small detail, but once you have it you realize how stupid it is to have totally switch the amp off in order to change guitars, plus the amp warms up on standby as you pick up your guitar and is ready to play by the time you’re ready! Final thoughts: the full package of mods that Captain Guitar Lounge offers are not inexpensive compared to the cost of acquiring a Pro Junior new or on the used market. However, what you get back is effectively a boutique amp, making it a reasonable possibility to pick up a Pro Junior, send it to the Captain and get back an amp that might become a family heirloom. It seems to me that it’s a small miracle that such a shop even exists in our day and age. Think about it this way: with these mods, your Pro Junior is going to last a lot longer and give you much greater pleasure! Thank you Anselm, Flo and “the Captain”. I look forward to coming by when I’m in the Munich area! Yours, Paul